VIBR is located at Bhuntar, Himachal Pradesh, at an elevation of 3,573 feet. It has a single 1,125 m long runway (16/34) alongside the Beas river in the Kullu valley. The valley is approximately 2 km wide at Bhuntar, surrounded by hills that are more than 4,000 feet higher than the runway. 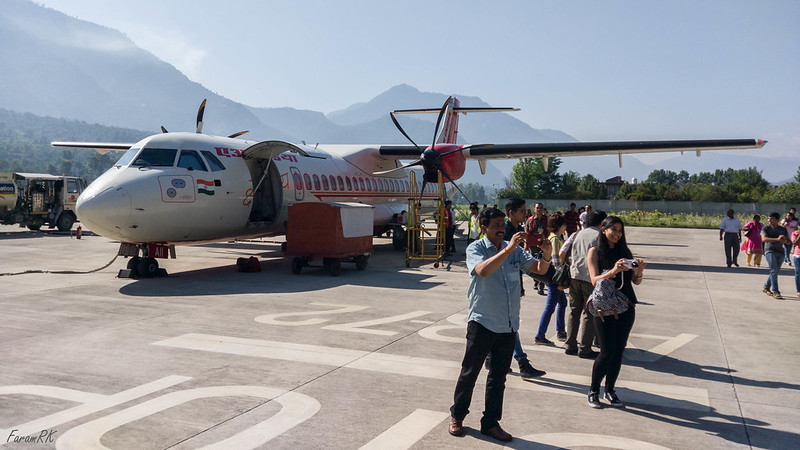 The airport is serviced by a single daily Air India flight from Delhi. It has a small terminal and a small apron that might fit a couple of regional airliners. Many times, the solitary daily flight gets cancelled due to unsuitable weather.

From VIDP, the flight heads NNE on W35 to Sarsawa (SP) at FL150. From SP it turned left on heading 343° for 180 km, direct to Sundernagar, Himachal Pradesh (which doesn't seem to have an associated intersection or navaid, visual landmark is a lake). TOD occurred 4 minutes before arriving over Sundernagar.

From Sundernagar it turned right to heading 46° for 21 km, direct to Pandoh (visual landmark is a dam reservoir). From there it entered the Beas river valley and headed NEE to the confluence (31° 43.4' N, 77° 12.9' E) of the Beas and Sainj rivers near Aut. At the confluence, it turned NNW and followed the Beas direct to VIBR, landing on RW 34.

The aircraft used almost the full length of the runway during the landing roll then backtracked and exited to parking on the west side of the runway.