This time I used tried and trusted gear, without trying out any radical item or combo. For the flying display I used my trusty old Nikon D750 full-frame DSLR paired with a Nikon 200-500mm telephoto zoom

For the static display and video, I used the Sony RX10 IV 1" sensor bridge camera. To get a suitably low shutter speed for video under the bright sun, I screwed on a Tiffen Variable ND filter to the lens.

I also carried the Nikon 28-300mm zoom for shooting the static display using  the D750, but I couldn't be bothered changing lenses in the hot, windy, dusty environment so it remained in my backpack.

The whole lot weighed a bit less than 9 kg. 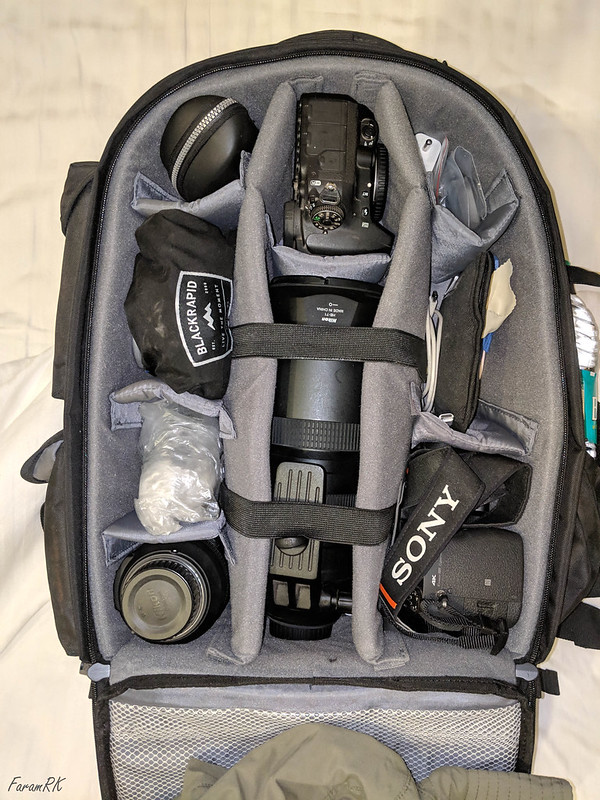 For the Static Display, I used Aperture Priority, wide open. As the RX10 has a relatively small sensor, I got adequate DOF even when shot wide open.


I stayed at a hotel right next to the airshow venue so it was a short 5 minute walk to the show. I arrived at Gate No. 5 at 07:20. There were already quite a few people and cars waiting at the gate. The gate was opened at 08:30, by which time there was a long line of people and cars which overflowed on to the road.

After a brisk 500m walk to the waiting buses, it was a short 1.5 km bus ride to the pedestrian subway under the airport highway. After hopping off the bus, it was a quick 800m walk to the exhibition hall. Along the way there were a couple of security checks, at which they also scanned the QR code on the ticket receipt printout that I carried with me. All in all, a much more streamlined entry process than previous editions of Aero India.

Once in the exhibition hall, I could see, as usual, the mostly empty and mostly unmanned stalls. So I quickly made it to the exit at the other end and arrived airside at 09:00, waiting for the flying display to start.

The first item was a HAL LCH (Light Combat Helicopter) in a new livery. 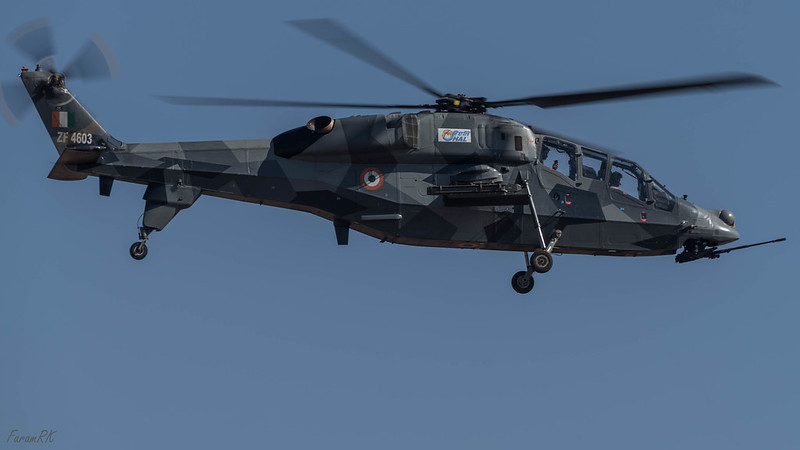 I saw an Mi-17 sneaking off from the north dispersal and making orbits over the airfield while gaining height. I guessed (correctly) that it was carrying paratroopers. 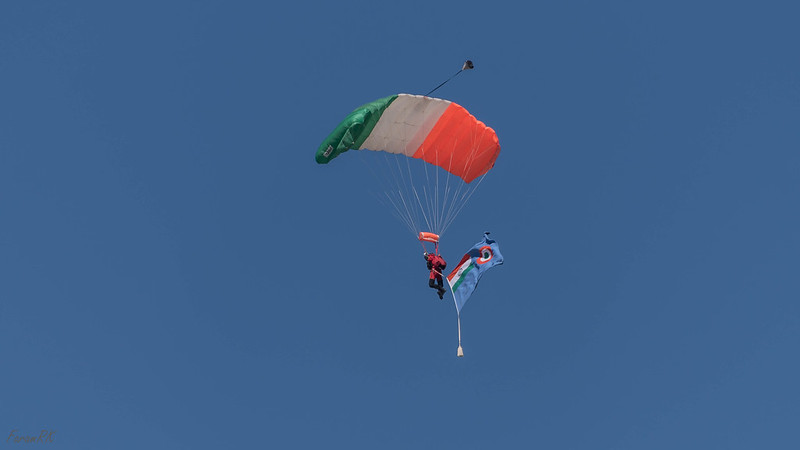 The IAF Surya Kiran team (flying BAE Hawks) had lost a pilot in a mid-air collision during a practice session, but they still did a few passes, which was much appreciated. 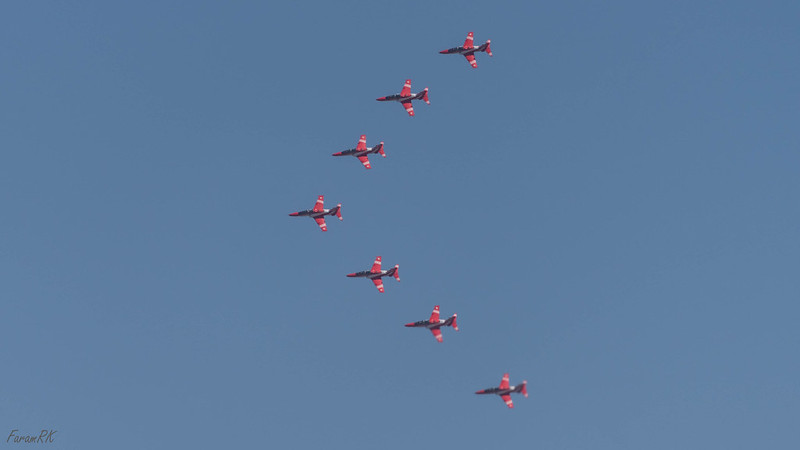 In addition to the usual suspects, there were a few new aircraft types in the flying display, one of them being the iconic Dakota. 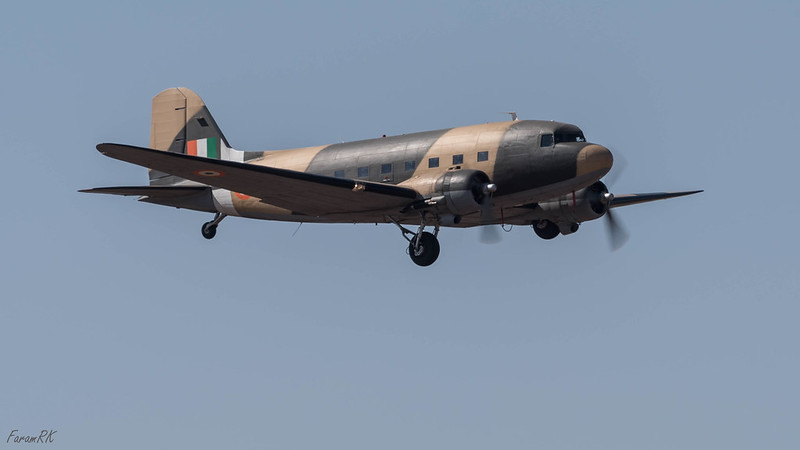 The items ranged from fast jets... 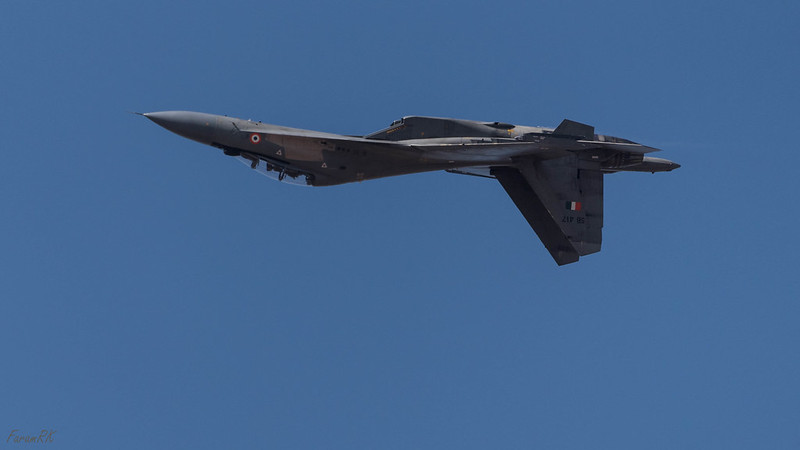 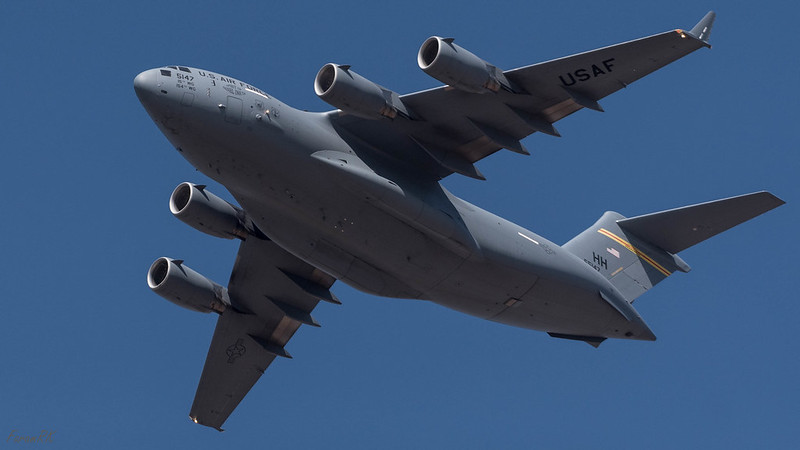 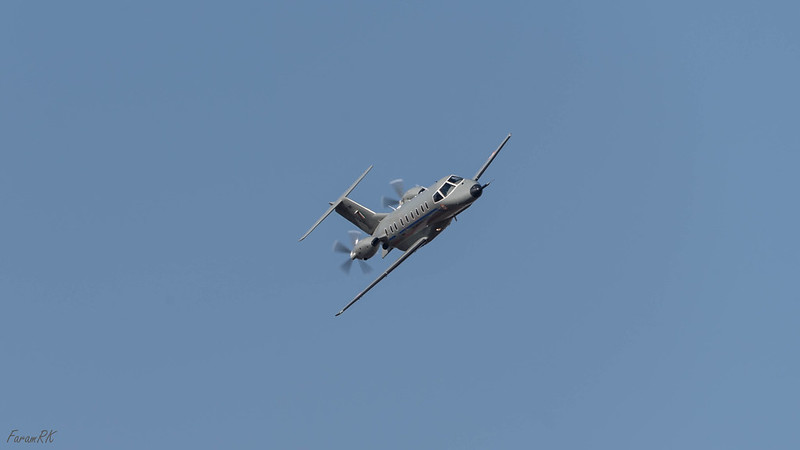 The US Navy F-18's were the stars of the Static Display. 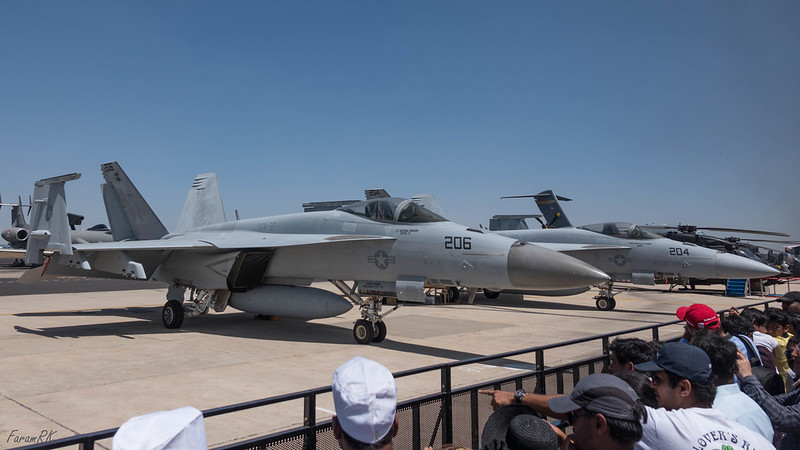 Midway through the show, one could see a column of smoke rising from beyond the threshold of Runway 27. This turned out to be a fire in the car park. 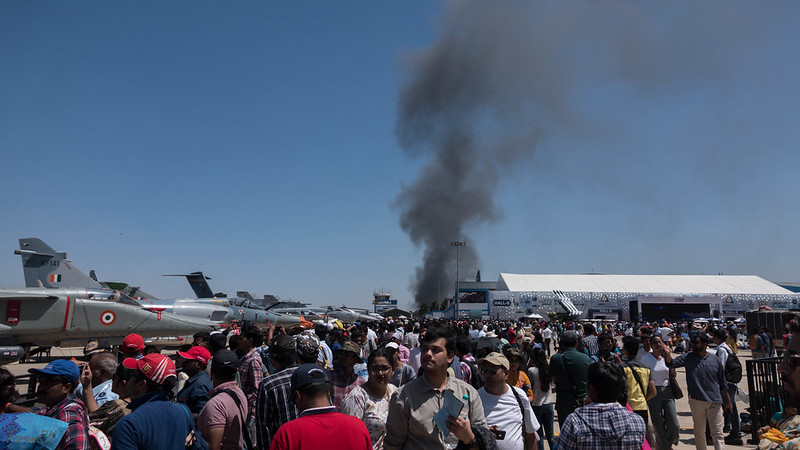 Here's a video of the event -


I shot 2,361 photos and 35 GB of video. Out of these there were 175 keepers. At the end of the show, the D750 battery was more than half full while the RX10 IV battery was nearly exhausted.

As usual, there were no annoucements during the show, not even to announce show start and end, leave alone presenting each flying item. I'm not sure why the Aero India organizers omit this important aspect of an airshow. It was always a surprise whenever any aircraft took off, hence, all my takeoff shots are of the tail-end of the aircraft :) 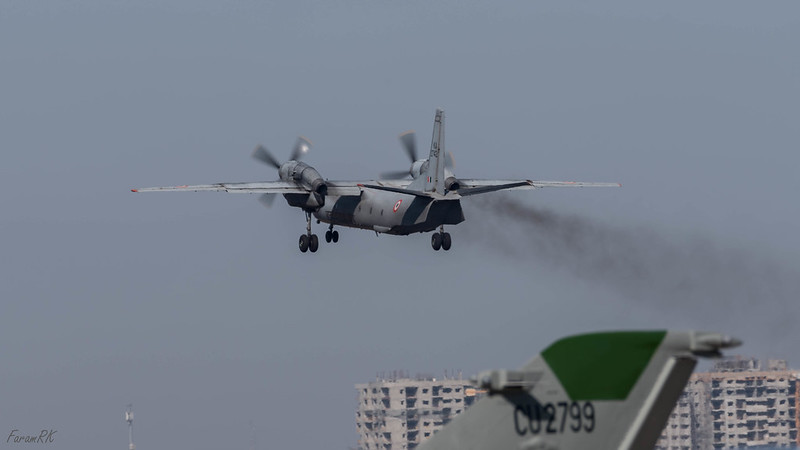 When it seemed that the flying display had ended, I packed up my gear and departed the venue at 17:15, along with my friends and the rest of the people streaming out.  It had been a long, very hot and tiring day, but well worth the effort.