Though OpenCV comes with Java bindings since version 2.4.4, there are still some modules that don't have Java bindings - the most obvious one being the gpu module.

The OpenCV distribution for Windows is not built with CUDA so the gpu module doesn't work out of the box. So the first step is to build the OpenCV binaries with CUDA. As there are no Java bindings for the gpu module, a Java application wanting to use gpu methods will need to use JNI (Java Native Interface) to talk to the OpenCV gpu DLL. This is described in a complete example at the end of this post. 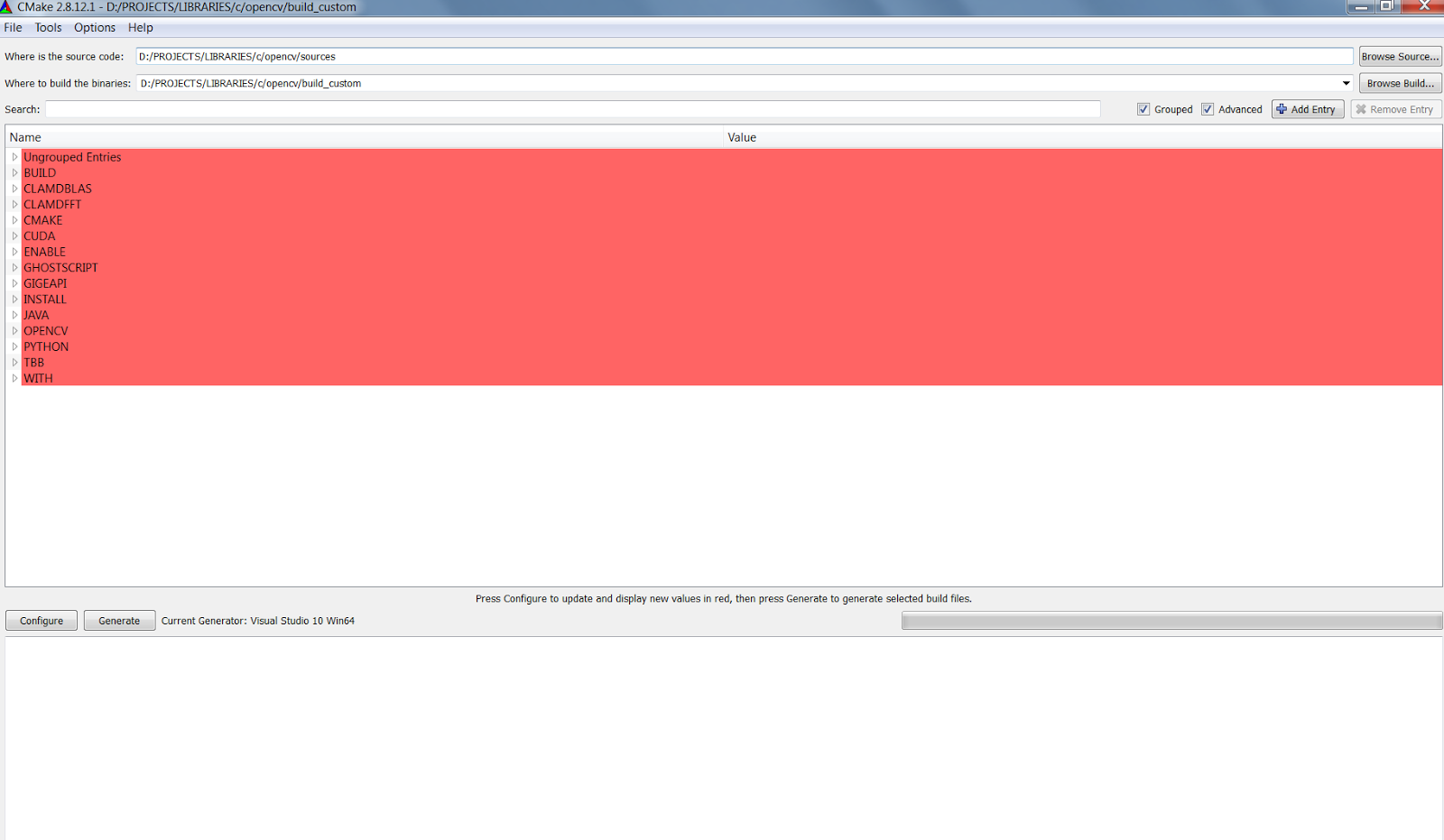 Expand the BUILD group and ensure that BUILD_opencv_gpu is checked. 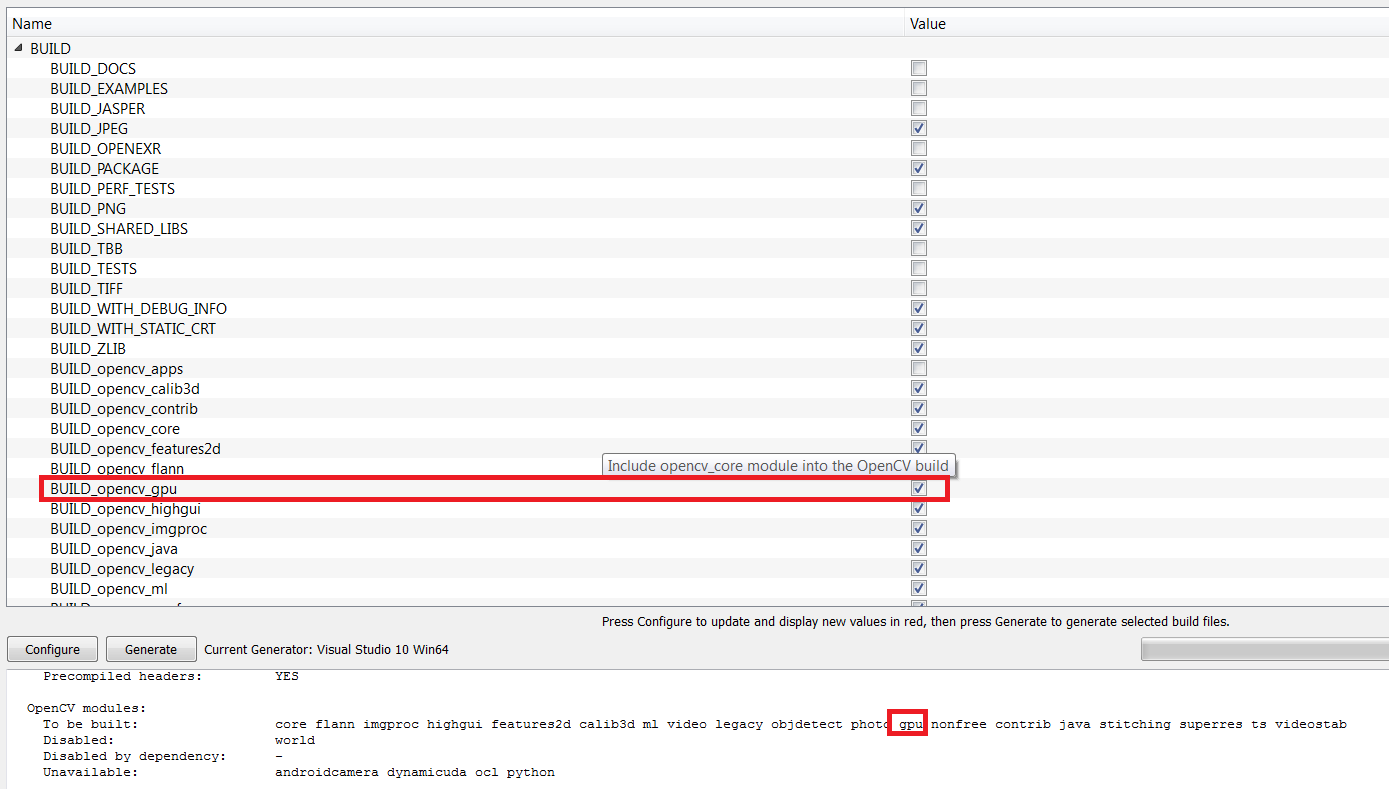 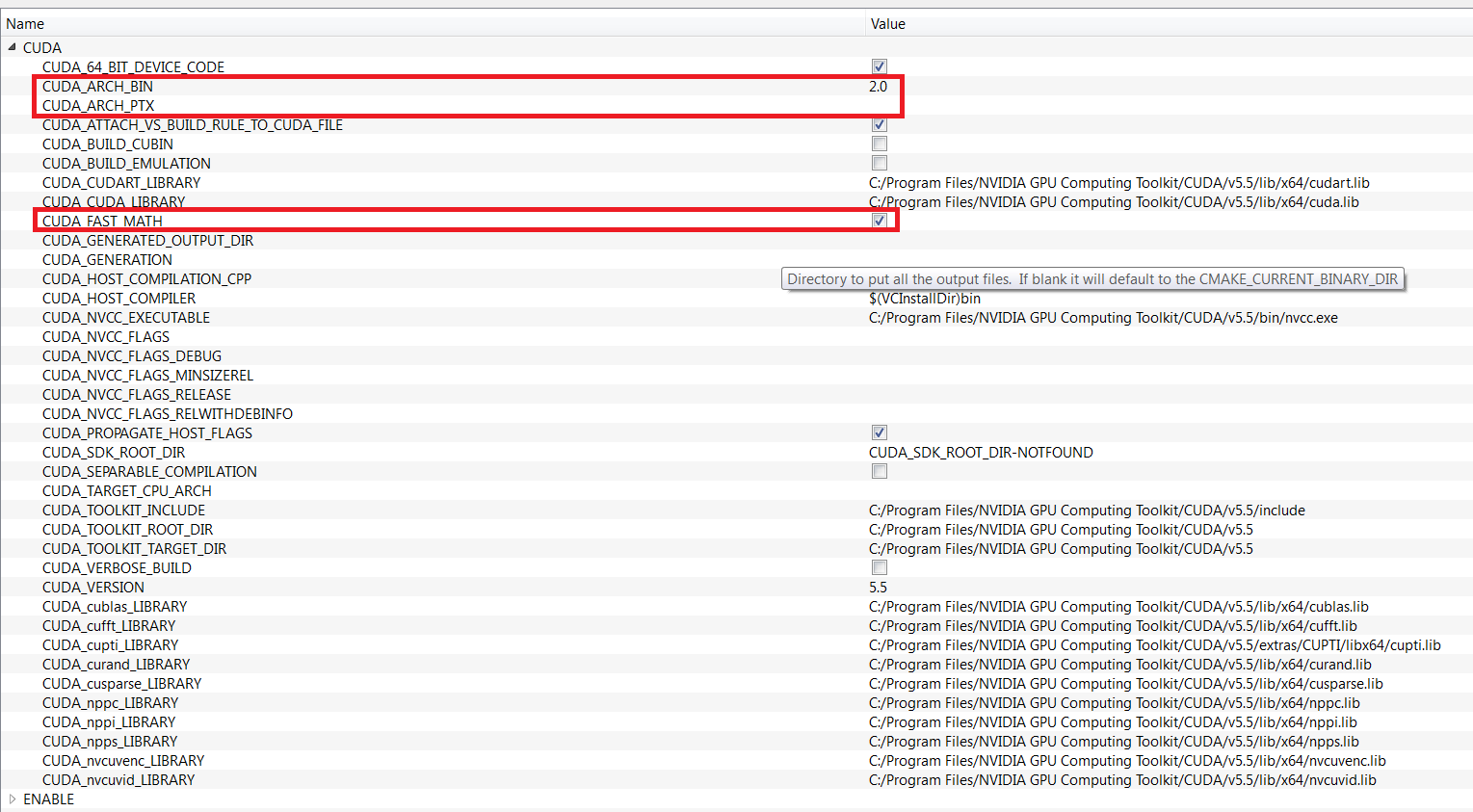 Expand the WITH group and select WITH_CUDA. 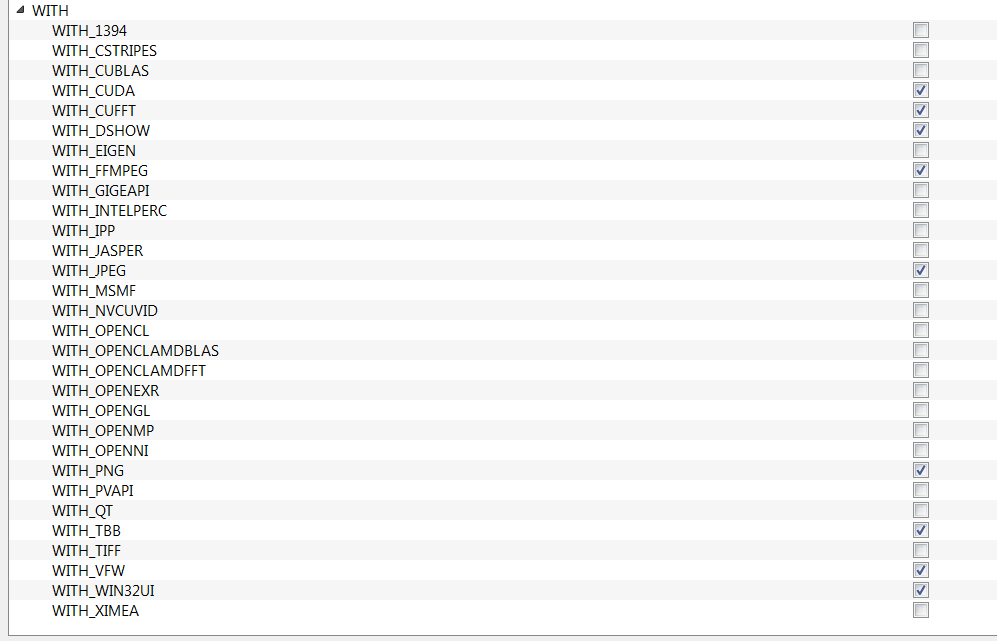 Check/uncheck entries in all the other groups, as required.

Click the Configure button. CMake will check for required files and write output to its console. If it doesn't find any files then it highlights corresponding entries in red. Rectify the items marked in red and press Configure again. The console output should confirm that the gpu module will be built. 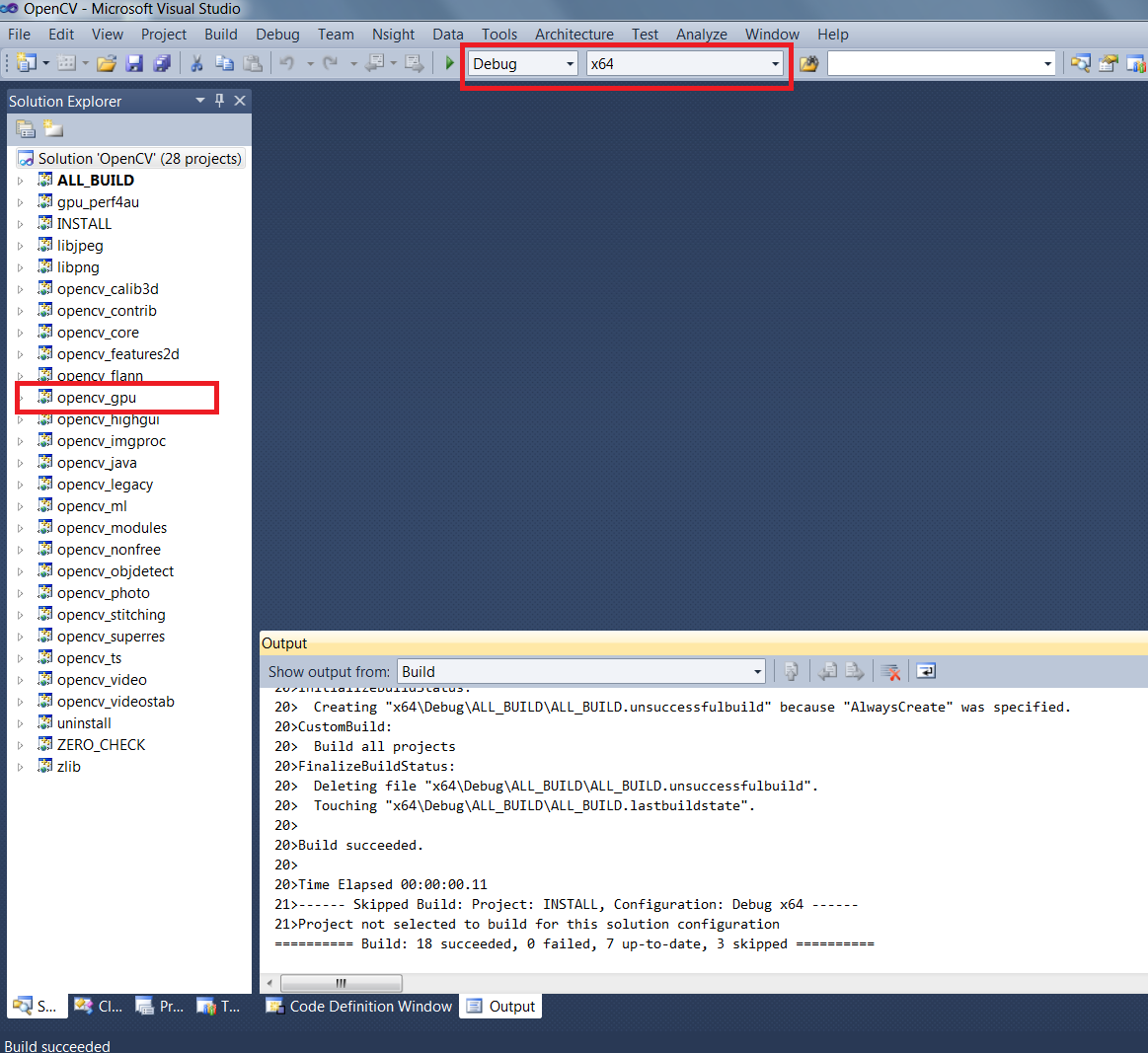 The OpenCV  DLLs will be created in the bin/Debug or bin/Release subdirectory on the build directory (e.g. D:\PROJECTS\LIBRARIES\c\opencv\build_custom\bin\Debug).  Add this path to the PATH environment variable.

Create a New Java Application project in NetBeans 7.3 IDE.  Write sample code to call a C++ native method containing OpenCV GPU code. The C++ code is contained in a native DLL. The Java code should contain the declaration of the native method. Build the Java application in NetBeans (Ctrl + F11). The compiled classes are in the build/classes subdirectory of the project.


The next step is to create a header file containing JNI declarations for the native method. This is done with the javah utility. cd into the project folder and run javah like -


testcv.h is the JNI header file


testopencvjni is the Java package


TestOpenCVJni is the Java class containing the native method declaration.


All classes containing native method declarations should be listed in this command line.


env is a pointer to a JNI function table. Native functions can access java objects only via these JNI funtions.

The function is also passed any other params listed in the native method declaration.

Now we need to create a C++ DLL project in Visual Studio 2010 which contains the definition of the native method declared in the JNI header file. The C++ source file should include the JNI header file (testcv.h) created previously

The above code loads image given by invoking Java application and displays it in a window and also does edge-detection on it and shows it in another window.

Build this project (F7) and note the path of the created DLL. This path should be put in the System.load() call in the invoking Java code.

Now back in NetBeans, press F6 to build and run the application. 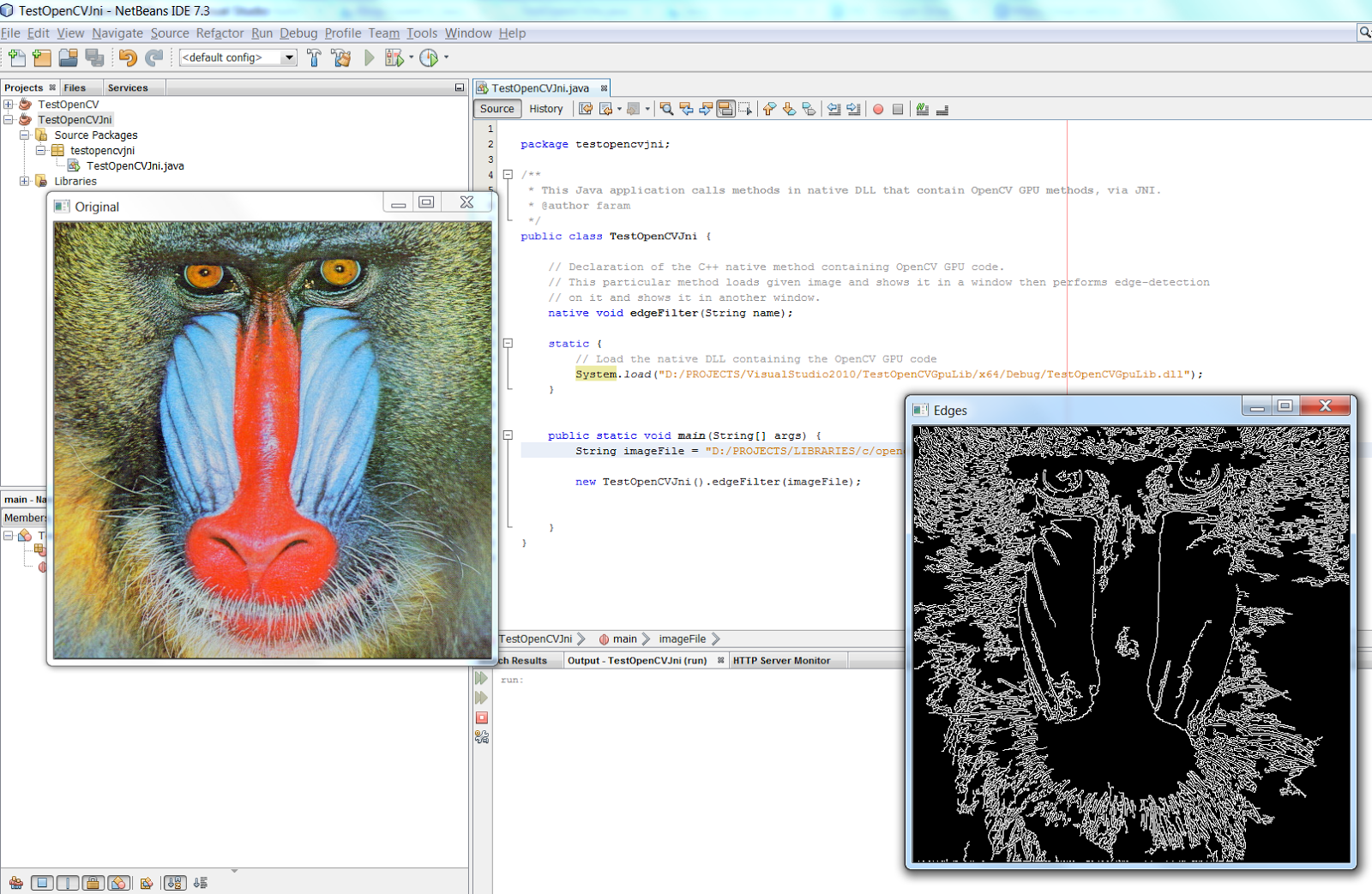 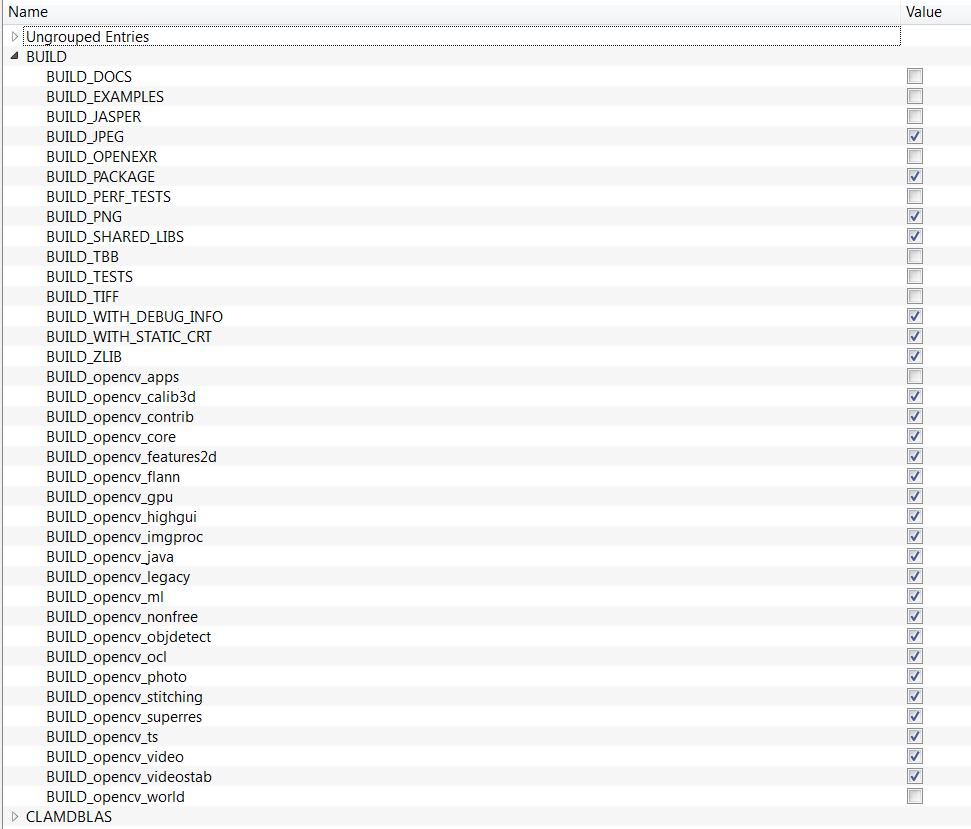